"Why did you participate in the celebration of the Ashes ceremony?"

Ash Wednesday is a very popular day on the Catholic calendar. It is attractive to people for many reasons. Some of the attraction comes from the fact that many people don't have the slightest idea why the date of this popular Catholic event keeps changing from year to year.
Another part of the attraction is that it gives Catholics the one chance in the year that they have to proclaim that they are Catholics. It is the one visible, cultural sign that makes Catholics feel authentic. It is attractive because those who go to work for the day shift have living proof that their Mardi Gras celebration wasn't bad enough to keep them down.

It is so attractive that many parishes in the United States schedule more Masses on Ash Wednesday than they do on December 8, the patron feast day of the United States itself, and a Holy Day of Obligation, when Mass participation is mandatory.
Participation in the Holy Sacrifice of the Mass is not mandatory on Ash Wednesday. The reception of the ashes is not a sacramental act such as Communion or Confirmation or the Anointing of the Sick.

So now that we have given you a set of attractions why attendance at church is so high on this day, we invite you to tell the world the answer to Parishworld.net's Burning Question of the week:
"Why did you participate in the celebration of the Ashes ceremony?"
Let us know what you think. Post your comment today.
Posted by Papa Puttss at 7:18 PM 11 comments:

"Should you receive Communion on your knees or standing up?" 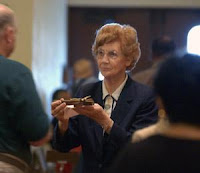 There are some practices in the Catholic Church that are not universal. For example, in some countries the faithful do not genuflect nor do they kneel for adoration. In some countries there are several postures that become a part of the public participation at liturgy.
Even some of the "standard" prayers are not as standard as we would believe. The "Our Father", for instance has different wording in English as spoken in Canada than it does here in the United States. In fact, the wording of the French language "Our Father" is different in Canada than it is in France.

In Italy, and specifically in Rome, rarely does anyone kneel for adoration. I have even seen on television that the Pope gives his blessing at the Wednesday general audience in Italian rather than Latin. In fact, the Pope rarely, if ever, addresses the world in Latin any more.

Postures and translations of prayers are therefore not a part of the infallible teachings of the Roman Catholic Church. There are excellent, theologically sound reasons why the Bishops of certain countries, the United States among them, have decided that the liturgically correct posture for the reception of Holy Communion is standing.

Much is being made of a Vatican document issued in 2004 which forbids the priest to deny communion to those who would kneel for this sacramental act. In places where the norm is to receive Communion standing up, some people frown on those who receive Communion on their knees.

So we thought we should tackle this issue and get all of you into the discussion. Our Burning Question of the week is therefore this:

"Why would it be at least as reverential as kneeling to stand during the act of receiving communion? Give some reasons why standing is a proper posture for adoration and sacramental participation."

"Should we bring new life into the world by Human Cloning?" 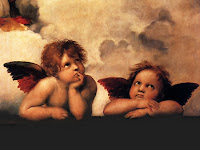 Abortion is wrong. Abortion is murder. So many of us are in complete consonance with those two statements. Even many people with no real deep religious convictions believe that abortion is wrong. After all, abortion is bringing an innocent life to an end by stepping in front of God, the creator of all life.
It is a rather distasteful subject, stark and cruel, so we have invented euphemisms to talk about it. Rare are those who admit publicly that the are anti-abortion. They say instead that they are pro-life. The pro-lifers among us (I am ANTI-ABORTION) wring their hands in despair because abortion is legal in many countries in the world.
However, there is not much noise yet about human cloning though. Perhaps it is because human cloning is still illegal in the United States.
Here's our Burning Question(s):
Why would it be legal to take a life through abortion on the one hand, and illegal to bring a life into being through cloning on the other hand? Does this make you feel as though you are caught in the middle? Have you given any thought to how you would feel if human cloning were to suddenly become legal in our country?
Before you answer, please realize that the Church teaches that human cloning is immoral. Do you know why?
Share your ideas and thoughts with us. Post a comment below.
Posted by Editor @ Parishworld.net at 12:47 PM 5 comments: 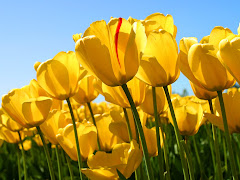